Acropolis of Athens DJI Phantom 2 Vision+, Acropolis, Athens Greece Athens, Kentrikos Tomeas Athinon, GreecePut the best of science, art and philosophy together in one creation and you have the definitive monument of human civilisation. UNESCO calls it the symbol of World Heritage. The world calls it the Athenian Acropolis!The history of the Acropolis of Athens is long, with moments when democracy philosophy and art flourished, leading to its creation. Then there were the times when its best standing pieces were removed and shipped away from the city, dividing the monument in two. Today, the international community wants to reunite all of the Acropolis sculptures in Athens and restore both its physicality and meaning.The Acropolis, and the Parthenon in particular, is the most characteristic monument of the ancient Greek civilisation. It continues to stand as a symbol in many ways: it is the symbol of democracy and the Greek civilisation. It also symbolises the beginning of the Western civilisation and stands as the icon of European culture. The Parthenon was dedicated to Athena Parthenos, the patron goddess of the city of Athens and goddess of wisdom. It was built under the instructions of Pericles, the political leader of Athens in the 5th century BC. The Parthenon was constructed between 447 and 438 BC and its sculptural decoration was completed in 432 BC. In 1987 it was inscribed as a World Heritage Site (UNESCO, 1987). Uniquely, capturing the gravity of the Athenian Acropolis as a symbol, UNESCO recognises that “[…] the Acropolis, the site of four of the greatest masterpieces of classical Greek art – the Parthenon, the Propylaea, the Erechtheum and the Temple of Athena Nike – can be seen as symbolizing the idea of world heritage” (UNESCO, 2006).Despite the unique symbolic and cultural value of the monument, the issue of the removal of the sculptures from the Athenian Acropolis by Elgin continues to shadow their history. Today, more than half of the Parthenon sculptures are in the British Museum in London and their return to Athens, for their display in the Acropolis Museum together with the other originals, is a cultural issue awaiting to be settled.It is recommended that you start your reading about the Parthenon and the Acropolis of Athens at the Acropolis of Athens page of the Hellenic Ministry of Culture. You can also start from The Review of the Seizure of the Parthenon sculptures, or read The Memorandum of the Greek Government for The Restitution of the Parthenon Marbles. But there is more to discover. This website brings you the key concepts associated with the Acropolis sculptures and the reasons why they should be reunited in Athens. You can find links to official pages and initiatives about the issue, as well as resources for your research as a traveller, student or academic! Welcome to AcropolisofAthens.gr! www.acropolisofathens.gr DJI Phantom 2 Vision+, Acropolis, Athens Greece 720p/60fps at the holy rock of the Acropolis of Athens. To be honest I don't like the video as much as some of the previous ones I shot but since I took the time to edit it, here it is. I hope someone enjoys it. 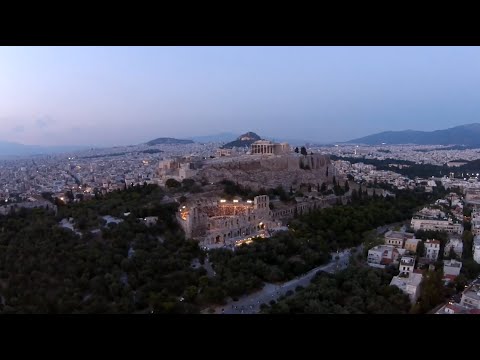