Smyrna Agora Ancient City - Phantom Agora Konak, Turkey. The remains of the ancient agora of Smyrna constitute today the space of Izmir Agora Museum in Izmir's Namazgah quarter, although its area is commonly referred to as "Agora" by the city's inhabitants. Situated on the northern slopes of the Pagos hills, it was the commercial, judicial and political nucleus of the ancient city, its center for artistic activities and for teaching. Izmir Agora Open Air Museum consists of five parts, including the agora area, the base of the northern basilica gate, the stoa and the ancient shopping centre. The agora of Smyrna was built during the Hellenistic era. After a destructive earthquake in 178 AD, Smyrna was rebuilt in the Roman period (2nd century AD) under the emperor Marcus Aurelius, according to an urban plan drawn by Hippodamos. The bust of the emperor's wife Faustina on the second arch of the western stoa confirms this fact. It was constructed on a sloping terrain in three floors, close to the city center. The terrain is 165 m wide and 200 m long. It is bordered on all sides by porticos. Because a Byzantine and later an Ottoman cemetery were located over the ruins of the agora, it was preserved from modern constructions. This agora is now the largest and the best preserved among Ionian agoras. The agora is now surrounded by modern buildings that still cover its eastern and southern parts. The agora was used until the Byzantine period. 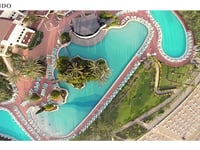 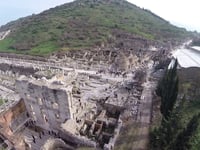 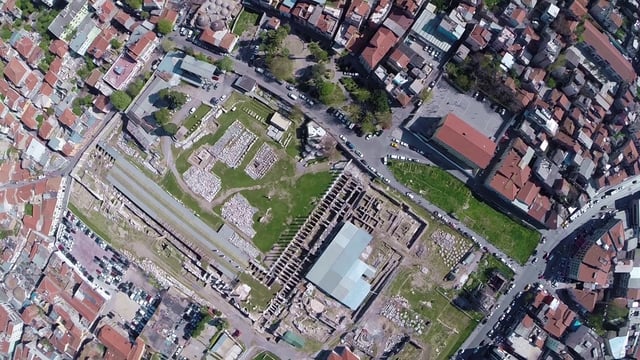