Castle of Çavuştepe Kalesi Memleketim At about 25 km on the road from Van to Başkale and Hakkari, towards the Iraq border lies the ancient Urartian site of Çavuştepe. Another 33 km further on the road, the Kurdish castle of Hoşap perches on top of a hill.Hosap Castle (Hoşap Kalesi) was built in 1643 by a Kurdish warlord San Süleyman Mahmudi in the village of Hoşap (Güzelsu in Turkish), meaning Good or Beautiful Water. The entrance of the castle is decorated with murals showing islamic and ancient oriental symbols.A day excursion southeast of Van along the road to Başkale and Hakkari takes you to the Urartian site at Çavuştepe (25km from Van), and the spectacular Kurdish castle at Hoşap, 33km further along.Hoşap Castle perches atop a rocky outcrop alongside sleepy Güzelsu. Cross one of two bridges to the far side of the hill to reach the castle entrance, above which are superb lion reliefs. Looking east is a row of mud defensive walls that once encircled the village. Built in 1643 by a local Kurdish chieftain, Mahmudi Süleyman, the castle has an impressive gateway in a round tower.The narrow hill on the left side of the highway at Çavuştepe was once crowned by the fortress-palace Sarduri-Hinili, home of the kings of Urartu and built between 764 and 735 BC by King Sardur II. These are the best-preserved foundations of any Urartian palace.From the car park, the yukarı kale (upper fortress) is to the left, and the vast aşağı kale (lower fortress) to the right.Climb the rocky hill to the lower fortress temple ruins, marked by a gate of black basalt blocks polished to a gloss; a few blocks on the left-hand side are inscribed in cuneiform. Mehmet Kuşman, one of the only people who can understand Urartian, is often on hand to translate.Note other illustrations of Urartian engineering ingenuity, including the cisterns under the pathways, the storage vessels, the kitchen and palace. Down on the plains to the south are canals also created by the Urartians. Read more www.lonelyplanet.com Castle of Cavustepe, Gürpınar, Turkey Müzik: Faeton-Memleketim 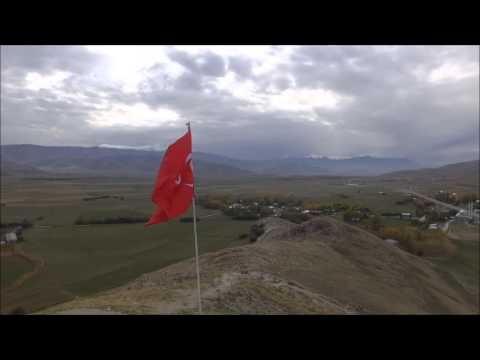 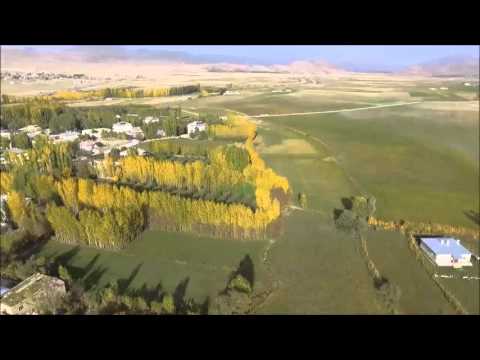 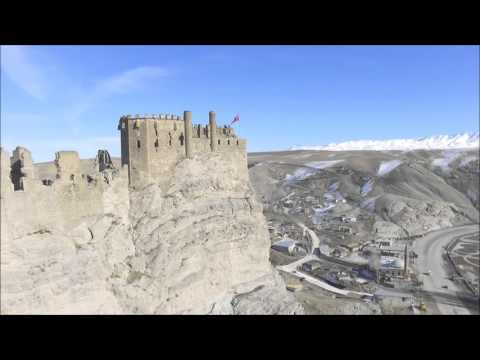