Goodrich Castle - A View from a Drone Castle Lane Goodrich, United Kingdom Standing high on a rock outcrop above the River Wye, Goodrich Castle is one of the region's most striking ruins. A pale red sandstone keep was constructed in the middle of the 12th century. The original 'Godric's Castle' was established in 1095 by Godric Marplestone who held the manor at the time of the Domesday Survey of 1086.Today the keep is 60 feet tall but it was originally much higher and would probably have had with battlements.The castle passed to William Marshal, 'The Elder' ,1st Earl of Pembroke, in 1204 as a consequence of his loyal support for the unpopular King John. It was under William's fourth son Walter, 5th Earl of Pembroke, that the surrounding outer stone walls and turrets (pictured here) were completed between 1220 and 1245.During the latter part of the 13th century the owners, the de Valence family, (William de Valence, Henry III's half-brother)transformed the simple tower into a great stronghold. Four immense walls were built around the keep and at three corners they built cylindrical towers with square bases. On the fourth corner a great gatehouse was constructed. This led out to a semi-circular barbican which was designed to force any attackers to make a right-angled turn to reach the gateway leaving them vulnerable to the missiles and arrows of the defenders. www.goodrichcastle.co.uk QuadVidsUK 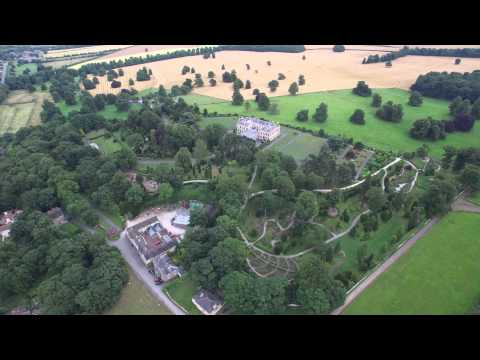 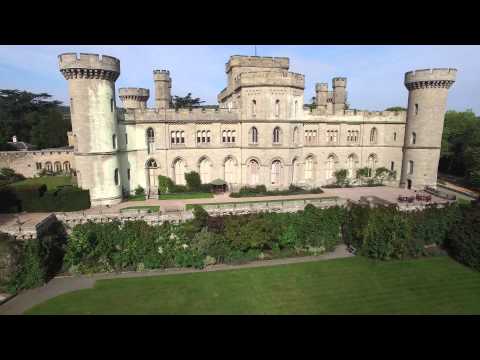 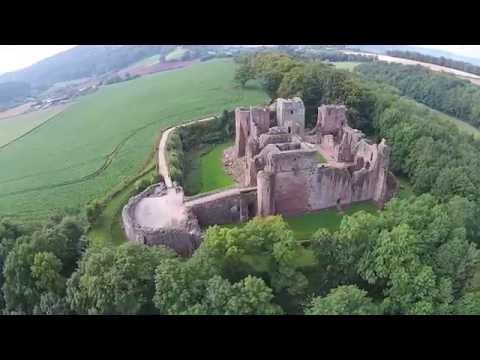