Mont Saint Michel video-Les grandes marées aux Mont Saint-Michel vues par drone Mont-Saint-Michel, France/The « Wonder of the Western World » forms a tower in the heart of an immense bay invaded by the highest tides in Europe.It was at the request of the Archangel Michel « chief of the celestial militia » that Aubert, Bishop of Avranches built and consecrated a small church on the 16th October 709. In 966 a community of Benedictines settled on the rock at the request of the Duke of Normandy and the pre-Romanesque church was built before the year one thousand.In the 11th century, the Romanesque abbey church was founded over a set of crypts where the rock comes to an apex, and the first monastery buildings were built up against its north wall.In the 12th century, the Romanesque monastery buildings were extended to the west and south.In the 13th century, a donation by the king of France, Philip Augustus, in the wake of his conquest of Normandy, enabled a start to be made on the Gothic section of the "Merveille ": two three-storey buildings, crowned by the cloister and the refectory.History of the Mont Saint-Michel : the abbey churchIn the 14th century, the Hundred Years War made it necessary to protect the abbey behind a set of military constructions, enabling it to hold out against a siege lasting 30 years.In the 15th century, the Romanesque chancel of the abbey church, broken down in 1421 was replaced by the Gothic Flamboyant chancel.With Rome and Saint Jacques de Compostelle, this great spiritual and intellectual centre, was one of the most important places of pilgrimage for the Medieval occident. www.ot-montsaintmichel.com flyhd.fr Réalisation d'un film aérien par drone des grandes marées du Mont Saint-Michel en 2014 par FLY HD. 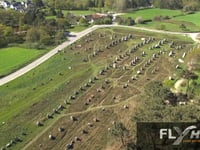 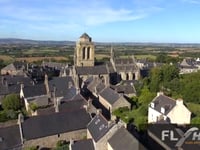 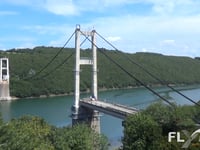 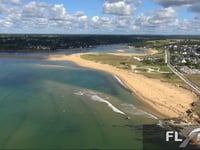 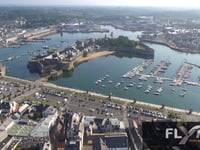 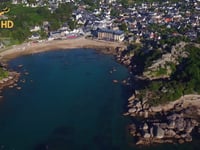 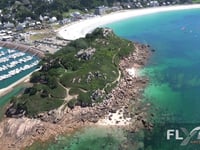 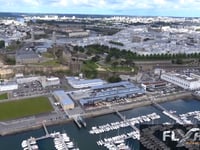 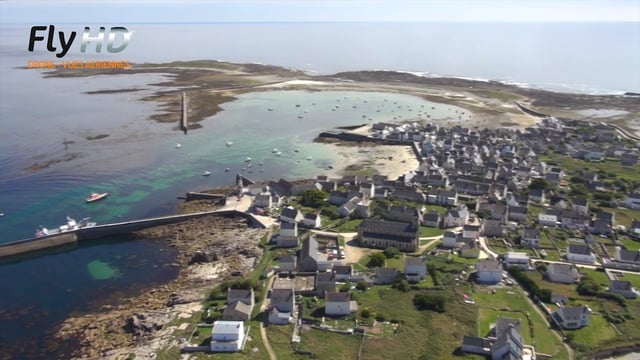