Drone over Craigielinn waterfall in Glen park Gleniffer Braes Country Park, Paisley, United Kingdom The park is an upland area covering approximately 480 acres. It is mainly moorland but there is some woodland areas and hill farming areas. There is also woodland walk paths, streams and waterfalls, picnic areas, birdwatching sites and play equipment for children. Stunning views of Paisley and the lower Clyde Valley to Ben Lomond are offered from the park, specifically from Robertson car park (aka car park in the sky)The area is situated on the edge of the Clyde plateau lavas, an interesting feature is Gleniffer gorge situated along the Tannahill walkway. It reaches some 50 feet deep in places and is eroded by the Gleniffer burn. Another feature is the Craigielinn waterfall in Glen park, where stalactites can be seen hanging in winter. 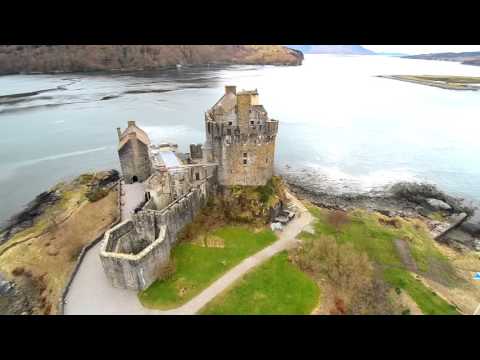 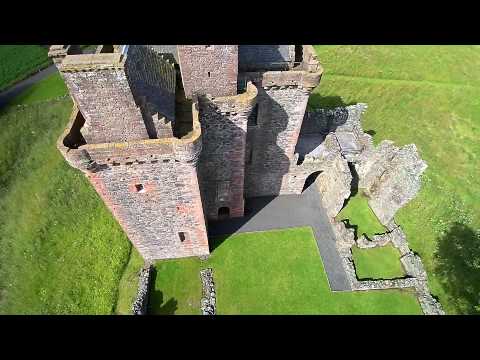 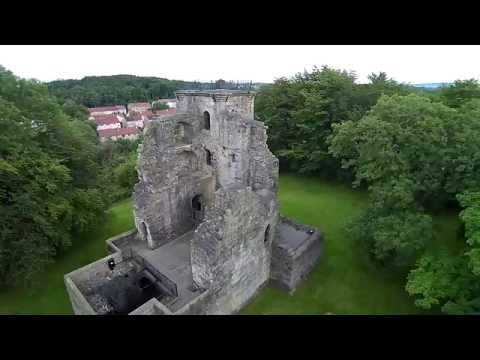 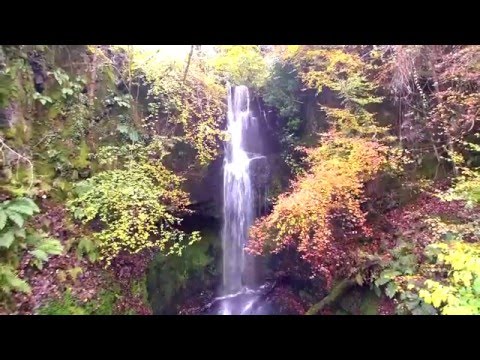