Saltstraumen fugleperspektiv Saltstraumen by Drone/Saltstraumen, Norway/Saltstraumen is a small strait with the strongest tidal current in the world. It is located in the municipality of Bodø in Nordland county, Norway. The strait is crossed by the iconic Saltstraumen-bridge which is a part of the coastal main-road (R17). The Saltstraumen has existed for about two to three thousand years. Before that, the area was different due to post-glacial rebound. The current is created when the tide tries to fill the Skjerstadfjorden. The height difference between the sea level and the fjord inside can be up to 1 metre (3 ft 3 in). When the current turns, there is a period when the strait is navigable.(source: Wikipedia) 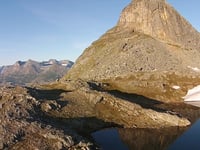 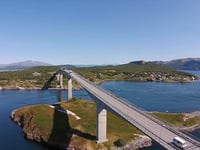