Valmiera, Quadcopter Valmiera Team, Televīzijas Tornis Valmiera - Valmieras pilsēta, Latvijas Republika/The Riga Radio and TV Tower (Rīgas radio un televīzijas tornis) in Riga, Latvia is the tallest structure in the Baltic countries. It was built between 1979 and 1986. Its highest point reaches 368.5 m (1209 ft), which makes it the second tallest tower in Europe and eleventh in the world. There is an observation platform at the height of 97 m, Riga) from which most of the city can be seen (and in good weather, the Gulf of Riga), and many of the city surroundings. The tower is built on an island called Zaķusala in the middle of the River Daugava, and the base of the tower is located in the altitude of about 7 m above mean sea level. The tower is said to be able to withstand even extreme wind, at speeds of up to 44 m/s (98 mph), without any noticeable vibration amplitude. There are two elevators, one in the north-east pillar and one in south-west pillar. The third pillar has the stairs. The tower started broadcasting in 1986. 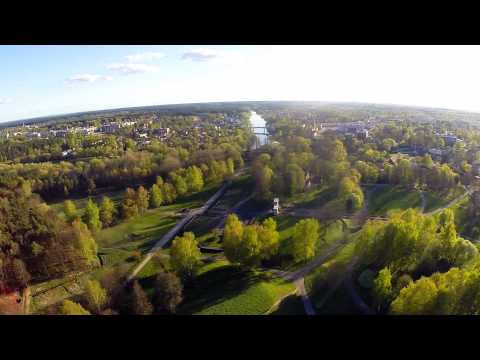 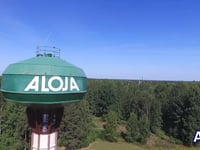 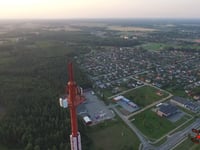 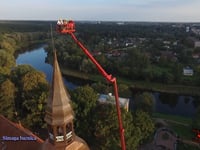 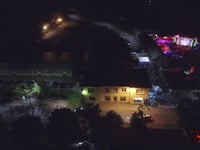 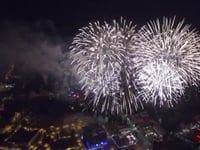 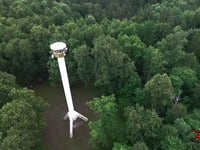 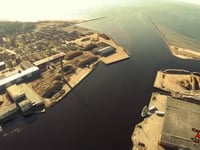 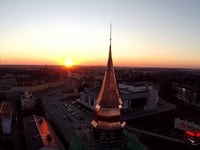 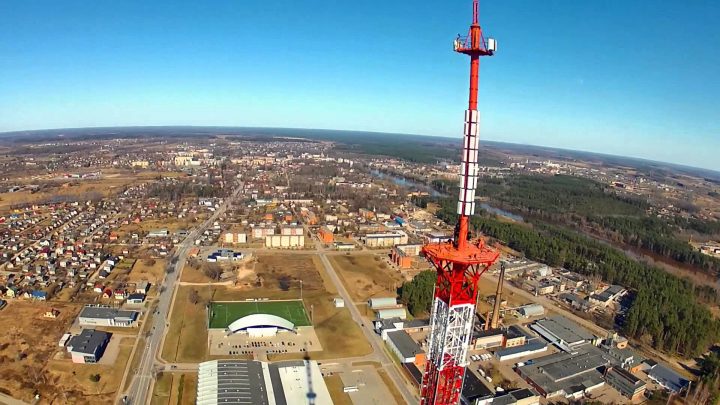