Tvrđava Kamerlengo Aerial View / Castle Karmelengo in Trogir's fortifications are a specific monument which gives the whole city a medieval character. The small fragments of walls are located in the northern and western part of the city, while the 13th century front south walls with the fort of St. Nicholas (kula sv. Nikole) and fort Vitturi (kula Vitturi) have been well preserved. They have clear Romanesque characteristics -openings with sickle shaped arches and covered sentry walk along the walls - and are a unique example of fortifications from those days. In the 14th century, the Genoese built a nine-sided tower in the western corner of the city, further away from the old city nucleus. It was to serve as their navy base in the Adriatic. When the Venetians occupied Trogir in 1420, they expanded this tower into the strong Kamerlengo fortress (tvrđava Kamerlengo). It clearly reveals the traces of construction in stages. It was named after kamerlengo (camerarius), the public servant in charge of financial and economic affairs. After restoration and preservation, the fortress battlements and top become accessible from where the view of the city is beautiful. www.tourist-croatia.com Castle Karmelengo in Trogir Croatia. UNESCO site. bbDrones 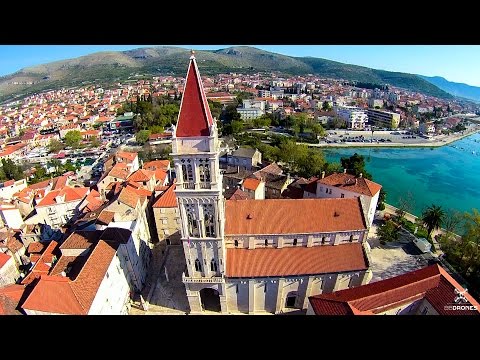 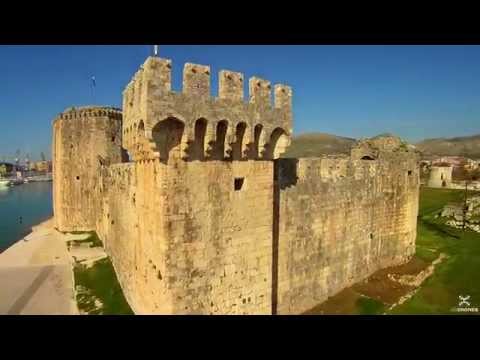 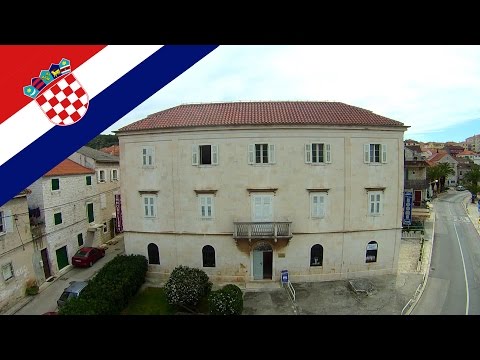