Dumfries and Galloway Aviation Museum DGAM Dumfries.United Kingdom As a result of the RAF expansion in 1936, concern was being expressed as to the vulnerability of airfields in the southern half of Britain. At this time it was the practice to fly new aircraft from the factories to the squadrons who would then be responsible for fitting armament and operational equipment. In time of war it was obvious that this practice could not continue and in order to overcome these difficulties, the Air Ministry planned to establish Aircraft Storage Units (ASUs) in safer areas of the country. The first official intimation that an airfield at Dumfries was to be built was made in late 1938. The site chosen had accommodated light aircraft since about 1914. Work progressed quickly, and on 17th June 1940, the 18 Maintenance Unit (18MU) was opened at Dumfries and was allocated to No. 41 Group. However, no aircraft could be flown in until the obstructions placed on the airfield to prevent enemy aircraft from landing were removed. This was achieved by the end of June. On 13th July 1940, 18MU reverted to the status of a tenant unit, and the station was re-allocated to No. 25 Group in Training Command as a decision was made to move No. 10 Bombing and Gunnery School from Warmwell in Dorset to the safer areas of South West Scotland. The 10B&GS began training bomb-aimers and gunners in Handley Page Harrow and Fairey Battle aircraft, before passing them on to Operational Training Units. At this time the airfield was grass surfaced and with the increase in operational flying soon became a quagmire. While hard surface runways at Dumfries were being constructed, 10 B&GS temporarily used a satellite landing ground at Winterseugh near Annan 15 miles south of Dumfries. No. 18MU continued to expand and storage space was at a premium with aircraft arriving from the factories in ever increasing numbers. With the possibility of an enemy air raid aircraft were dispersed to satellite landing grounds as far away as Low Eldrig near Stranraer, 80 miles west of Dumfries, Lennoxlove, near Haddington East Lothian and Wath Head in Cumbria. Also used for a brief time was Hornby Hall, Cumbria. To cope with the increase in ferrying, No. 11 Sub-Ferry Flight was based at Dumfries from April 1940 until July 1940 approximately. In September 1940, 10B&GS was re-designated 10 Air Observer School (10AOS), in a move to include the training of navigators. Armstrong Whitworth Whitley aircraft were introduced at this time. It is interesting to note that servicing was taken over by civilian contractors – Scottish Aviation Ltd. Another civilian contractor, LEP Transport Ltd, which operated the aircraft packing unit which was formed in April 1942. The above company. packed aircraft for overseas delivery by sea. In April 1942 the 10AOS was again re-designated to 10 (Observer) Advanced Flying Unit and exchanged its Blackburn Bothas for Avro Anson. The high level of flying activity from RAF Dumfries can be gauged from the following figures for September 1942: Flying hours – 2,016 by day; 629 by night; ammunition used – 82,700 rounds; bombs dropped- 4,595; fuel used- 83,853 gallons. RAF Dumfries had a moment of danger on 25th March 1943, when a German aircraft shot up the airfield beacon, but crashed shortly afterwards. The pilot, Oberleutnant Martin Piscke was later interred in Troqueer Cemetery in Dumfries town, with full military honours. With the intense flying activities around RAF Dumfries, South West Scotland, and airfields in Cumbria many training accidents took place with a significant number losing their lives. Two Dumfries Ansons collided over Maryport in Cumbria on May, 1943 with all occupants being killed. The blackest night was 9 August 1943 when three Ansons crashed into the Lake District mountains. While not a training accident, an incident took place on the night of 3/4 August 1943 when a Wellington bomber with engine problems crashed 1½ miles short of the Dumfries runway. 30 years on, this crash site would become the catalyst for the formation of the Museum www.dumfriesaviationmuseum.com An excellent Aviation Museum situated on an old WW2 airfield in Dumfries. Soon to be expanding and building new hangars. 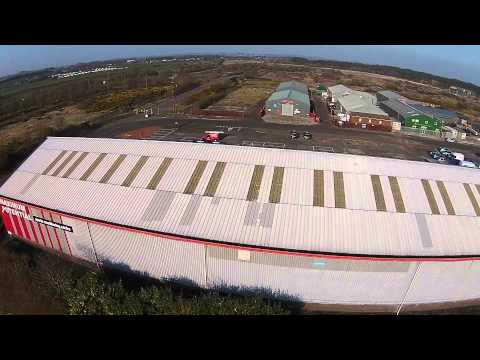 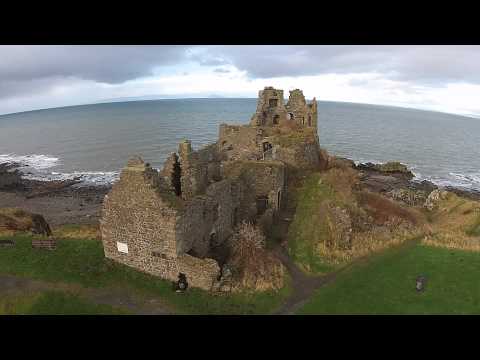 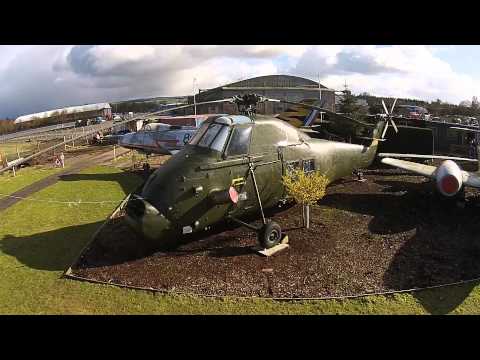