Triple Jump Falls - Tumbler Ridge, British Columbia - DJI Phantom 2 Vision Plus Tumbler Ridge is a district municipality in the foothills of the Canadian Rockies in northeastern British Columbia, Canada, and a member municipality of the Peace River Regional District. The municipality of 1,558 square kilometres (602 sq mi), with its population of 2,710 people, incorporates a townsite and a large area of mostly Crown Land.[1] The housing and municipal infrastructure, along with regional infrastructure connecting the new town to other municipalities, were built simultaneously in 1981 by the provincial government to service the coal industry as part of the British Columbia Resources Investment Corporation's Northeast Coal Development.In 1981, a consortium of Japanese steel mills agreed to purchase 100 million tonnes of coal over 15 years for US$7.5 billion from two mining companies, Denison Mines Inc. and the Teck Corporation, who were to operate the Quintette mine and the Bullmoose mine respectively. Declining global coal prices after 1981, and weakening Asian markets in the late 1990s, made the town's future uncertain and kept it from achieving its projected population of 10,000 people. The uncertainty dissuaded investment and kept the economy from diversifying. When price reductions were forced onto the mines, the Quintette mine was closed in 2000 production and the town lost about half its population. Since 2000 rising coal prices have led to the opening of new mines in and near the municipality by Northern Energy & Mining Inc. (now majority-owned by Anglo American Met Coal) and Western Canadian Coal (now Walter Energy).fter dinosaur footprints, fossils, and bones were discovered in the municipality, along with fossils of Triassic fishes and cretaceous plants, the Peace Region Paleontology Research Centre opened in 2003. The research centre and a dinosaur museum were funded in part by the federal Western Economic Diversification Canada to decrease economic dependence on the coal industry. Economic diversification has also occurred with oil and gas exploration, forestry, and recreational tourism. Nearby recreational destinations include numerous trails, mountains, waterfalls, snowmobiling areas and provincial parks, such as Monkman Provincial Park, Bearhole Lake Provincial Park, and Gwillim Lake Provincial Park.Welcome to the Tumbler Ridge Global Geopark! Triple Jump Falls, in the Wolverine Valley, west of Tumbler Ridge, British Columbia, features three cascading waterfalls. The bottom and top falls are accessible, while the middle waterfall appears to only be accessible using ropes, or in the case, a drone. These unique waterfalls were not known to the local hiking club until 2014.Special thanks to Dr. Charles Helm of the Wolverine Nordic and Mountain Society for sharing the location of these incredible waterfalls. www.wnms.pris.caFurther thanks go to Trent Ernst of Eye for Detail Photography for accompanying me on the trip to the falls, and for the videos and photographs featured in this video. www.eyefordetailphotos.com/Music: Rainforest by Jennifer Thomas 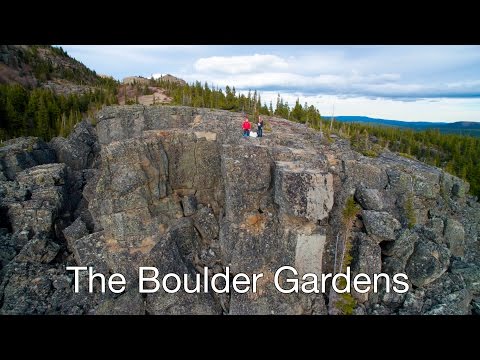 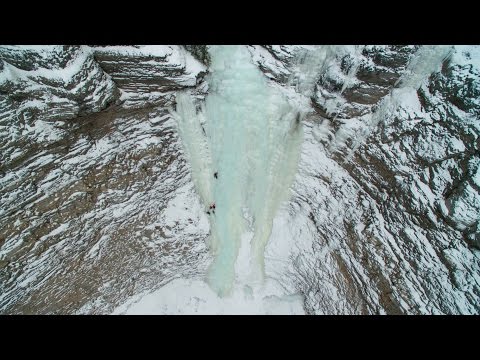 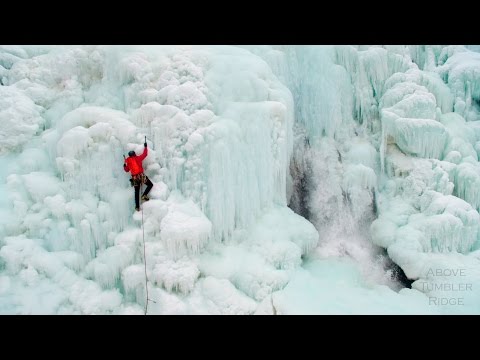 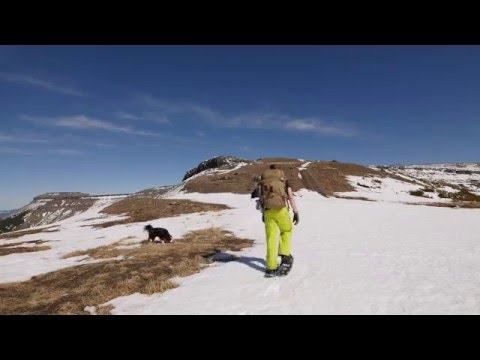 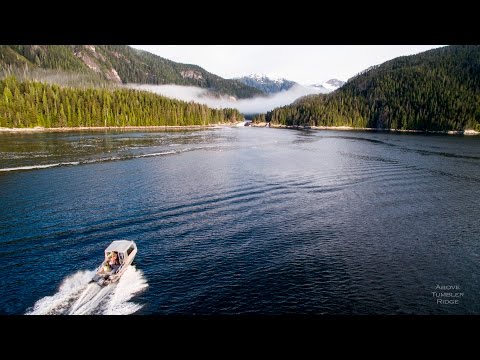 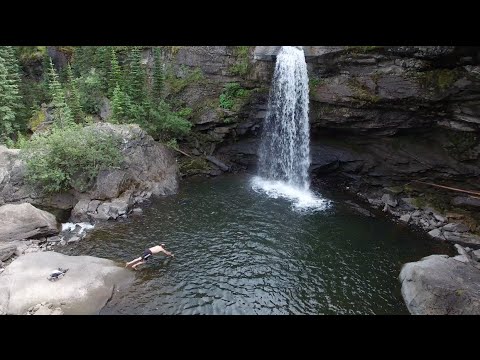 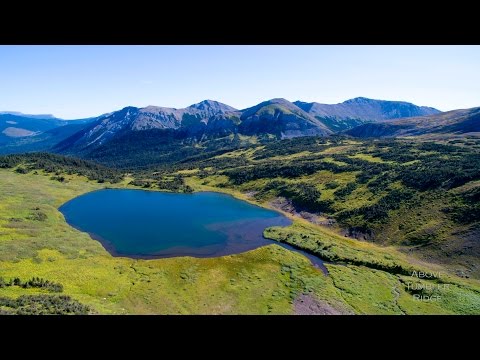 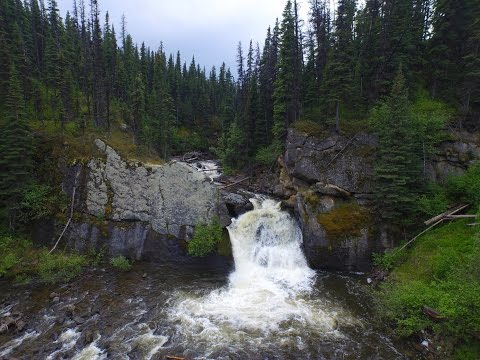 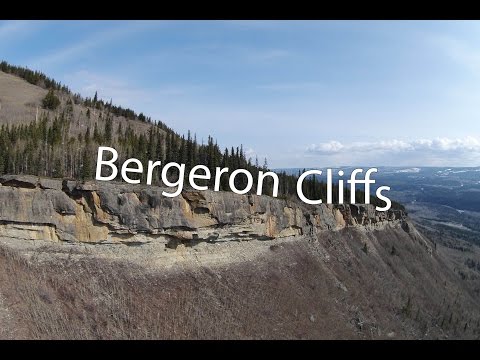 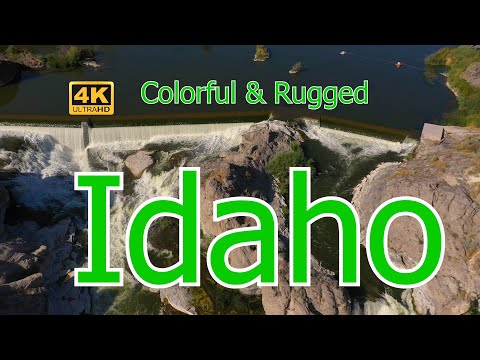 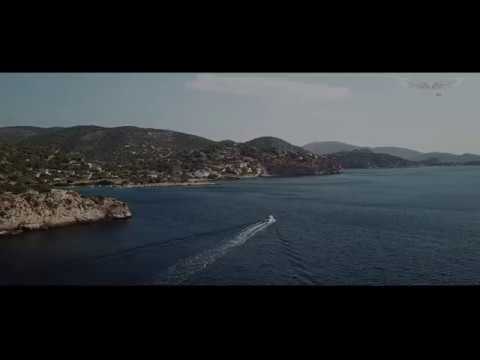 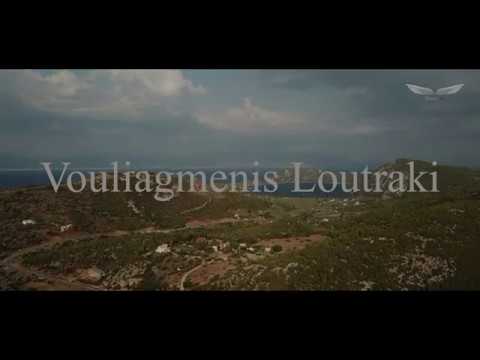 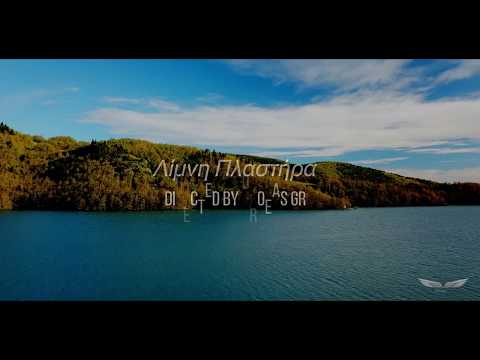 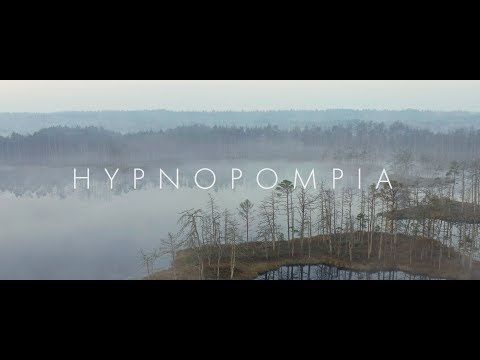 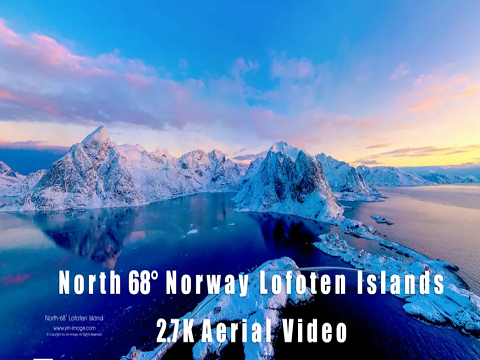 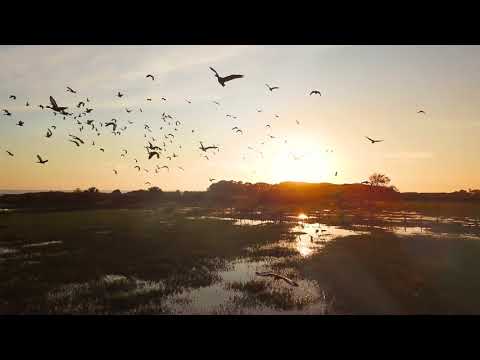 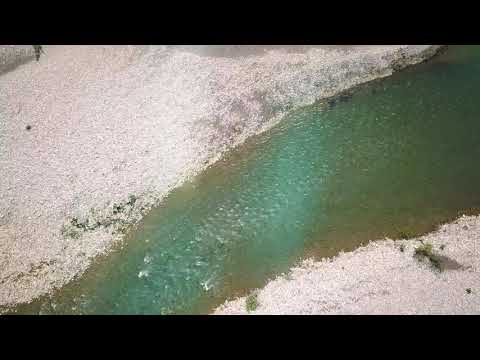 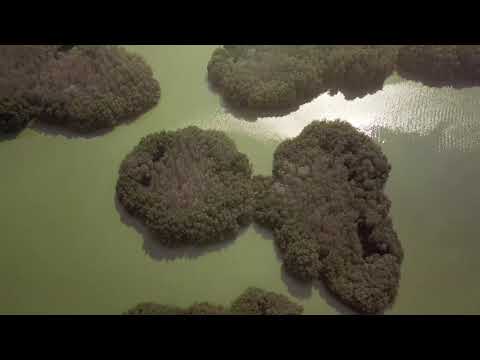 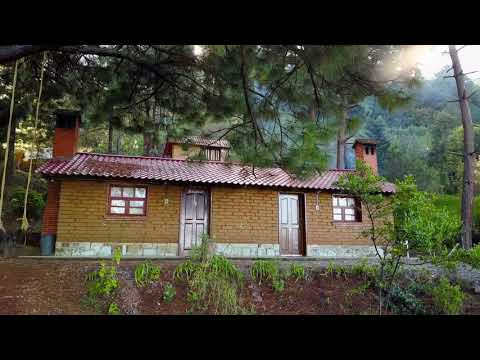