Citrus Bowl Stadium Renovation  West Church Street, Orlando, Florida, United States Since opening in 1936 as a Works Progress Administration project by President Franklin D. Roosevelt at a cost of $115,000, the Orlando Citrus Bowl Stadium has experienced numerous expansions and name changes over the years. Now, the stadium has undergone major demolition and enormous reconstruction which will allow it to draw new high-profile events like neutral-site college football games, NFL pre-season match-ups and concerts. This $207.7 million project will not interfere with the Citrus Bowl’s signature annual events including the Buffalo Wild Wings Citrus Bowl (formerly known as the Capital One Bowl), Russell Athletic Bowl, the Florida Blue Florida Classic and Monster Jam.Demolition of the entire lower bowl began at the end of January 2014 and the 65,000-seat stadium will be game-ready when the doors reopen for the Florida Blue Florida Classic football match-up between Florida A&M and Bethune-Cookman on November 22. When the entire project is completed in April 2015 approximately 90% of the stadium will be new construction. www.orlandocitrusbowl.com Filmed on Location in Orlando Fla using my Phantom vision plus. 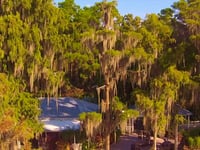 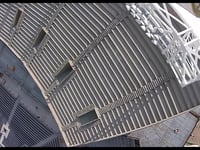 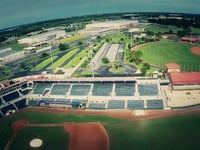