Old Iron Bridge Kaohsiung 高雄舊鐵橋生活圈(大樹)空拍 The Old Iron Bridge Kaohsiung Aerial shots Kaohsiung, Taiwan Also known as Siadanshui River Iron Bridge, Historical Iron Bridge across the KaoPing River is located between Taiwan Railway’s Liukuaicuo Station and Jiuqutang Station. Built in 1913, the Bridge is 1,526 meters long and was the most far-stretched iron bridge in Taiwan as well as Asia’s longest bridge at the time. Despite its great contribution to the transportation between Kaohsiung and Pingtung, the bridge gradually worn down with its exposed foundation as a result of river bed erosion, damage brought by the typhoons and expired duration of usage. In replacement, the new bridge was completed and accessible to the public in 1987. The Historical Iron Bridge across the KaoPing River retired behind the curtain and was verified as National Historical Site in the 2nd Category by the Taiwanese government. Historical Iron Bridge across the KaoPing River was designed with its construction supervised by Japanese engineer Yukatani Lida. The Bridge is an iron-grey steel arc structure with a total of 24 piers built with brick-stones mixed with granite. Most constructions at the time relied heavily on manpower, and KaoPing River’s broad river expand and rapid water further increased the difficulties in bridge construction. After 8 years, the Bridge was finally accessible. Now as one watches from afar, this old bridge, still elegant and spectacular, is a demonstration of hard labors invested which deserves every respect from its spectators. Although this Bridge which still sits across KaoPing River is no longer in use for years, its contributions to Kaohsiung and Pingtung’s economic development and transportation cannot be denied. To the older generation, the Bridge still brings memories of vehicles commuting back and forth. The Bridge is now used as an observation deck and is accessible to the public during open hours with an old train cabin placed at the other end of the entrance for viewing. 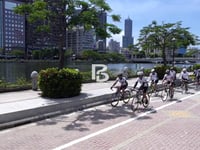 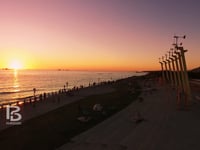 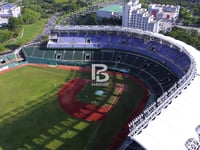 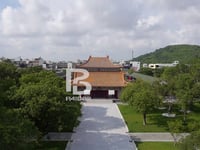 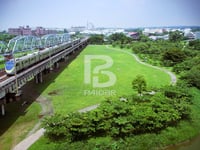