"Shizuoka Prefecture Ito City / Otomuyama · 2017 Yamayaki Tournament" February 19 (Sunday) I took the sky of the symbol of Ito-shi, Mt. Omuroyama.After the schedule was decided, I simulated many times with Google Earth, I went through the test flight the day before after the test flight. The mountain bakery of Omuroyama is a traditional event that announces the arrival of spring that lasts more than 700 years. I wanted to see it as a Shizuoka prefecture once, but the first visit suddenly came from the sky suddenly. The mountain-burning competition begins with the 9:30 crater (bowl) ignition and follows the whole mountain burning from the foot from 12:00. Once ignited in the torch, the flame burns towards the summit in the blink of an eye in no time, and in 15 to 20 minutes the whole of Mt. Omuro becomes a sea of ​​fire. This year, the influence of the snow last week, the humidity of Kaya was many, especially the burning method of bowl potatoes seemed modest. In the case of As a member of the aerial photography team, I first took an aerial photograph of a pot baked at the summit and prepared a mountain descending soon for all the mountain baking. In the aerial shooting it is always confusing what kind of shooting we should do, but this time we decided to shoot while moving around the mountain, assuming that it will be over in 20 minutes. In the calculation when flying at 40 kilometers per hour, you can make two laps throughout the mountain. Two laps of a mountain in 20 minutes while burning, it is a one-shot game where you can not shoot again w I want to approach the flame as much as possible when trying to take dynamic images, but I can not predict how high the radiation heat received by the aircraft will be, and how strong the ascending air current generated by the flame is.Besides, on that day, 5 media helicopters are flying over the sky. It was supposed to fly about 500 m from the foot, but my Phantom 4 Pro is going to fly 200 m altitude, so even if the actual helicopter is as planned altitude, the altitude difference is only 300 m. In the case of a paraglider, it is possible that when the real helicopter passes through 500 m above the experience, there is a possibility that the wings will be beaten and be struck, but if Phantom 4 Pro, it is probably dangerous even with an altitude difference of 300 m. There is no escape place with the heat hell by fire and the downwash of the actual machine from the top. Although it is able to simulate firmly with regard to the flight path, there is nothing I can do about heat, rising air current, downwash, so at the worst, considering the time of the crash, the flight route of the mountain is within the range of the mountain slope I tried not to leave. In the case of This aerial shooting was able to be realized in cooperation with "TEAM ROCKY" which is active in Ito city. I would like to take this moment to say thank you. In addition, within 30 meters from the event and the property, for non-visible flight, we have obtained approval from the Ministry of Land, Infrastructure and Transport Safety Bureau. tatsuya3481 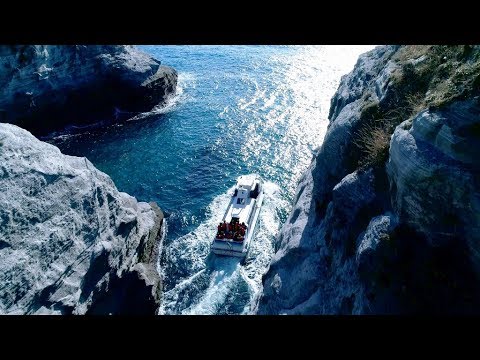