Hahns Peak Aerial Video Hahn’s Peak Heaven - Phantom 3 Pro/Routt County, Colorado, United States/My first time flying the P3 to its maximum height without breaking the 400ft AGL rule. I achieved this by flying up the flank of a mountain. The Elkhead Mountains are one of the least known and visited ranges in the state of Colorado. They are unusual that they are one of the few mountain ranges in the USA to run east-west, rather than north-south. Hahns Peak is the only peak in the Elkhead Mountains that is well-known and frequently climbed (with the possible exception of Sand Mountain), though some sources put Peak as part of the Park Range. Most of the other summits in the Elkheads see only a few ascents a year.Note: There is some confusion as to whether Hahns Peak and Mount Farwell belong to the Sierra Madre or the Elkhead Mountains. According to the book the History of the Elkhead Mountains, Hahns Peak is the eastern-most point in the Elkhead Mountains.From what I gather, the Elkhead Mountains end at the saddle between Hahns Peak and Farwell Mountain.Hahns Peak is famous for its perfectly shaped cone and is a laccolith. One our first climb, we had to use our imagination, as to what the peak looked like, because we climbed the peak in a raging blizzard and never did get a view of or from the mountain. More pictures have been added since.Don't let the low elevation of Hahns Peak fool you. Despite being lower than many of the other peaks in Colorado, the SNOTEL (weather station for measuring snowdepth) site on Hahns Peak consistently measures some of the greatest snowfalls/depths in the state of Colorado. Timberline on Hahns Peak is the lowest on any peak in Colorado that I know of and is at 10,300 feet. Timberline-gales are observed at elevations below 10,000 feet attesting to the frequent storms that slam Hahns. The peak stands alone, and despite the low elevation, in the summer, the peak sees frequent lightning strikes; enough for the forest service to place a warning sign on the summit.Hahns Peak is capped with a fire-lookout that was built in the 1912 and reconstructed in 1942. The fire lookout lasted only until the 1950's because of frequent lightning strikes. The fire lookout has been restored and is a state historical site. Unfortunately we un-intentionally left the camera in the pack when ditching packs 200 feet short of the summit. The cabin was coated in thick ice/hoarfrost and was rather interesting.In summer, Hahns Peak is fairly easy mountain to climb, and a good family hike. In winter, it is more challenging.  www.summitpost.org 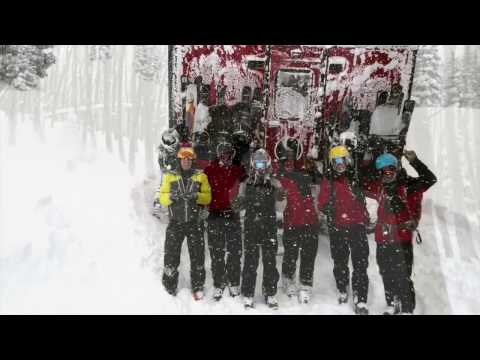 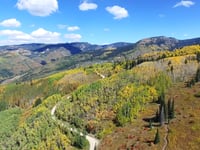 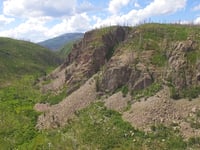 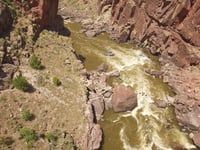 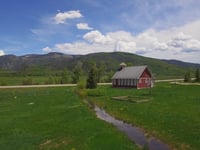 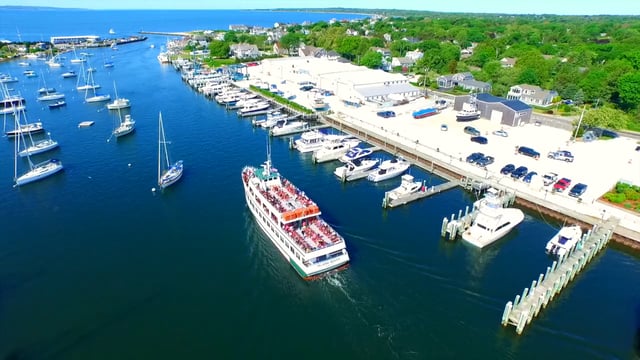 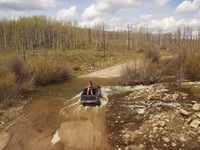 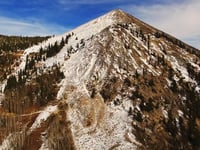 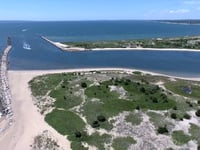