Drone Footages of Angkor Wat Temples/The following temple ruins are located in Siem Reap Province, most within the boundaries of the Angkor Archaeological Park near Siem Reap City. The temple sites with the Angkor Archaeological Park represent the ruins of the ancient Angkorian capital cities of the Khmer Empire (9th-13th century AD) and include the most famous Khmer temples including Angkor Wat and Bayon.A ‘baray’ is a water reservoir - an area of land where dikes have been raised to catch and hold water. Beginning in the 9th century, the construction of massive barays and other such grand projects became one of the marks of Angkorian kingship. There are four major barays in the Park area. When the barays were constructed, an island temple was set at the center of each. The first major baray to be constructed was Indratataka by King Yasovarman I, measuring 3.8km x 880m and completed in 889AD when the capital was still at Hariharalaya near Roluos. The Roluos Group temple Lolei sat on an island in the middle of Indratataka. Construction of the second major baray, the East Baray (Yashodharatataka,) began almost immediately after the first. At 7.8km x 880m it was almost five times larger than the Indratataka. Almost 50 years later, the temple East Mebon was constructed on an island in the center. The third and largest baray (8km x 2.2km) is the West Baray built in the early 11th century. Unlike the other barays, the West Baray is still partially filled, creating good sized lake. The temple ruins of West Mebon sit on an artificial island at the center of the baray (requiring a short boat ride to visit.) The last baray (Jayatataka) was constructed by Jayavarman VII in the late 12th century. It is considered to be the baray of Preah Khan though it is Neak Pean that actually sits at the center. The function of barays is a matter of academic debate. A recent study has argued that the barays did not serve an agricultural purpose but were built and maintained solely for political/religious reasons. Conventional wisdom has it that the barays were part of a giant water works used to irrigate the rice paddies and provide water for year round cultivation, though they certainly served a political and religious function as well. Angkor Wat, Krong Siem Reap, Siem Reap, Cambodia Prasat Bayon, Krong Siem Reap, Siem Reap, Cambodia Suor Prat Tower, Krong Siem Reap, Siem Reap, Cambodia Leper King Terrace, Krong Siem Reap, Siem Reap, Cambodia 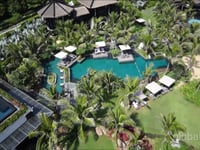 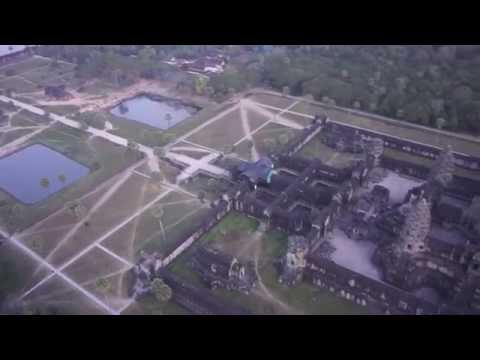