Cathedral Saint Andrew Patras The small Church was erected during the 1836-1843 period at the spot where Apostle Andrew died a martyr. It is a basilica work of architect Lyssandros Kaftantzoglou. The whole body icons on the roof depicting scenes from the Bible, Fathers and Patriarchs are works of the great religious painter Dimitris Hatziaslanis, alias known as Byzantios. At the front and on the right side of the Church, near the sanctuary, is located the marble sepulchre of the Apostle. In the mid-4th century, on the initiative of Emperor Constantine, the Holy Relics was transferred to St Apostles' Church in Constantinople. When the Franks occupied the city, the Relics were transferred to Italy. On September 26th 1964, the Saint's Head returned to Patras by Pope Paul and after the actions that the citizens of Patras and the Orthodox Church took.Saint Andrew's well Next to the old Church it is located Saint Andrew's well. At this spot it used to be located Dimitra's spring, where it operated an oracle for sick people.The region of the divining spring was the place where Apostle Andrew was teaching. According to tradition, he was crucified next to this spring. 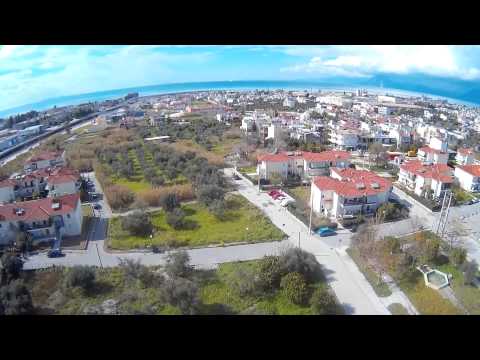 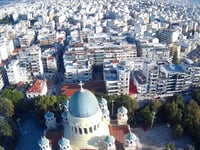