Easter Island Moai - The spirit of Moai Tongariki Isla de Pascua, Chile. The spirit of the Moai, legendary statues, floats on this lost island in the Pacific. Easter Island (Rapa Nui: Rapa Nui, Spanish: Isla de Pascua) is a Polynesian island in the southeastern Pacific Ocean, at the southeasternmost point of the Polynesian Triangle. Easter Island is famous for its 887 extant monumental statues, called moai, created by the early Rapa Nui people. In 1995, UNESCO named Easter Island a World Heritage Site, with much of the island protected within Rapa Nui National Park. Polynesian people settled on Easter Island in the first millennium AD, and created a thriving culture, as evidenced by the moai and other artifacts. However, human activity, the introduction of the Polynesian rat and overpopulation led to gradual deforestation and extinction of natural resources, which caused the demise of the Rapa Nui civilization. By the time of European arrival in 1722, the island's population had dropped to 2,000–3,000 from a high of approximately 15,000 just a century earlier. Easter Island is a special territory of Chile that was annexed in 1888. Administratively, it belongs to the Valparaíso Region and more specifically, is the only commune of the Province Isla de Pascua. According to the 2012 census, it has about 5,800 residents, of which some 60% are descendants of the aboriginal Rapa Nui. Planetphoto Easter Island Moai | the best aerial videos. 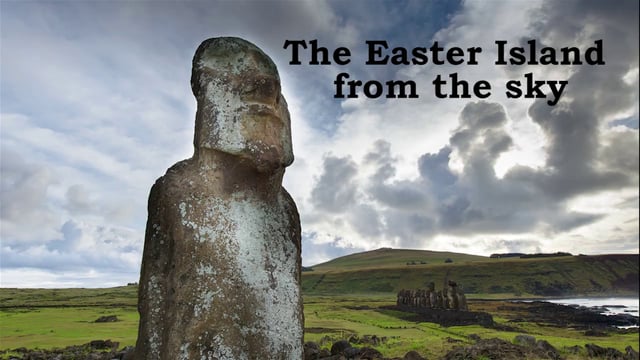 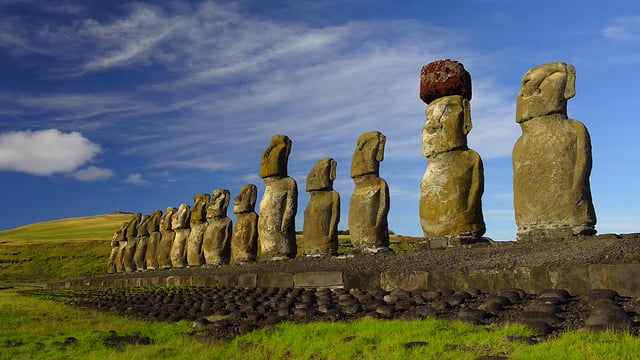