Ballincollig Castle Video shot with my DJI Phantom 2 Vision Plus.To the southwest of Ballincollig is a castle, which may date (in part) from the time of Edward III (1327-1377 AD) in the fourteenth century or the foundations may go back to the thirteenth century. There may even have been a motte and bailey there before the stone castle.The castle, now in ruins stands on an isolated limestone rock in the midst of a plain and consists of a square keep, about forty feet in height, and enclosed bawn. There were several phases of building as shown by the plan in the book The Castles of South Cork by Mike Salter, 2004.From the castle, there is an excellent view of the surrounding Maglin Valley and it would appear that the site was chosen as it was a good location for a defensive fort.“County Cork is crowded with castles but most of them are of comparatively late date (15th or 16th century); very early castles are rare, but the county has some storybook examples. Ballincollig castle, set on a limestone bluff, is one such. Its curtain wall runs around the edge of the rock on which it stands, and inside is a slender central keep. It is believed to date from the time of King Edward III”. Daphne Pochin Mould in Discovering Cork, Published in 1991.The early history of the castle is not clear but we do know that the Barretts, a Norman family purchased the lands of Ballincollig and possibly an early castle construction in 1468 from Robert Coll, a knight. In fact, Ballincollig may have got its name from the “Coll” name Baile an Choillaigh (town of the Colls). The Barrett family had travelled to Ireland with the Normans when they came to conquer Ireland in 1169 and had acquired extensive territory in County Cork.By 1600, the Barretts had five castles, as shown on the 1602 Pacata Hibernia map: Castlemore (Mourne Abbey), Garrycloyne, Castleinch, Ballincollig and Cloghan McUllick (about 2 to 3 miles south or south west of Ballincollig). ballincollig.wordpress.com Ballincollig Castle Video - the best aerial videos 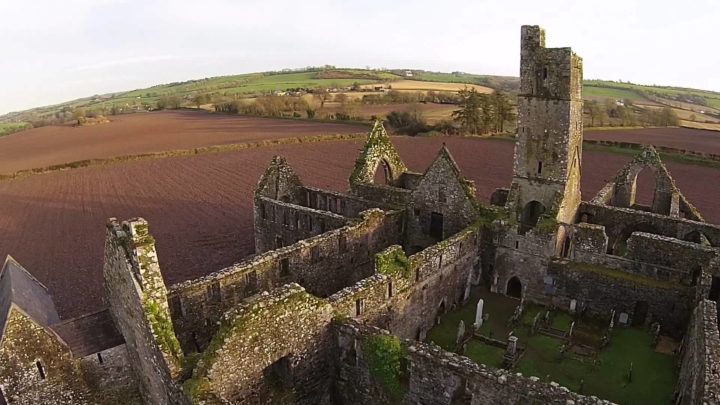 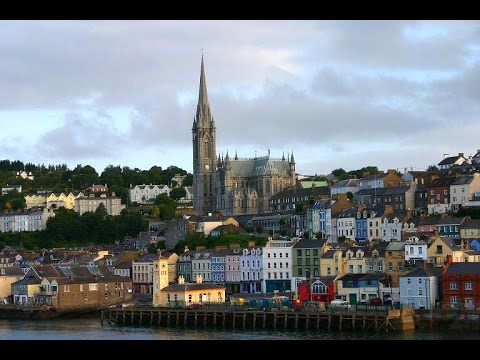