Castlehill, Edynburg, United Kingdom.Standing on its great rock, Edinburgh castle dominates Scotland’s capital.Great events have taken place within its wall and it has witnessed many sieges.To control the castle was to hold the keys to the kingdom.Iron Age warriors understood the rock’s military potential and built a hill fort here. Our oldest poetry tells of a war band which feasted here for a year before riding to death in battle.During the Wars of Independence the castle changed hands many times. In 1314 it was retaken from the English in a daring night raid by Thomas Randolph, nephew of Robert the Bruce.The castle was home to kings and queens. Queen Margaret (later St Margaret) died here in 1093, and Mary Queen of Scots, gave birth to James VI in the royal palace in 1566.Her great-great-great grandson Charles Edward Stuart - Bonnie Prince Charlie - captured Edinburgh but couldn’t take the castle during the 1745-6 Jacobite rising.In 1996, the Stone of Destiny, on which kings were enthroned for centuries, was returned to Scotland and is displayed in the Crown Room.From the 1600s onwards the castle was a military base with a large garrison.Later it also held prisoners of war.Parts are still a military base, but the castle is now a world-famous visitor attraction and a key element of the Edinburgh World Heritage Site.The Royal Scots Dragoon Guards were raised to help King Charles II fight the Covenanters, 17th-century religious dissenters.Their first battle was at Rullion Green in the Pentland Hills near Edinburgh.Pride of place in this independent regimental museum in the New Barracks are the eagle and standard of the 45th French infantry, captured in 1815 during the epic charge of the Scots Greys at the Battle of Waterloo.A wonder of medieval Scotland, the Great Hall was completed in 1511 for James IV and stands at the heart of the castle.Its magnificent wooden roof is one of the most remarkable in Britain. Giant beams rest on stones engraved with heads and important symbols like the thistle – a badge of Scotland. Edinburgh Castle in Stunning Light Aerial view 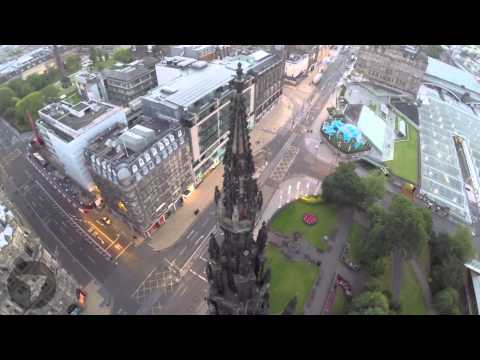 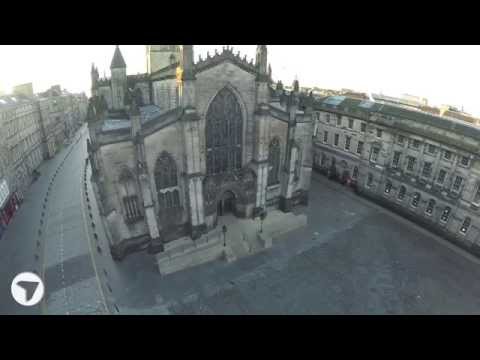 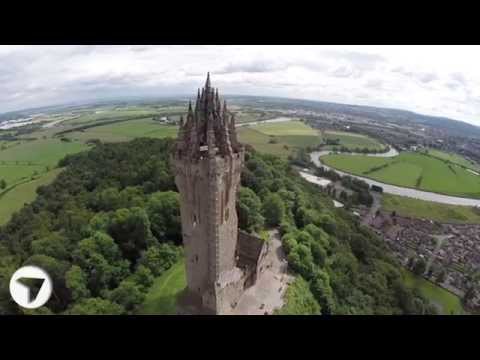 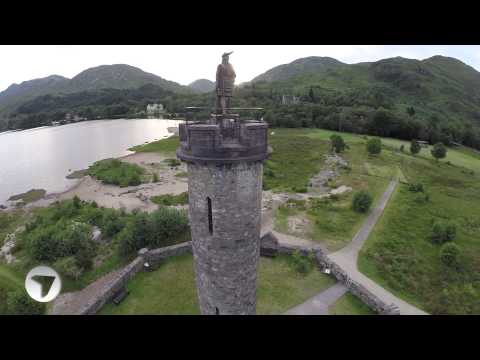 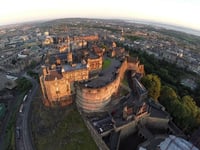 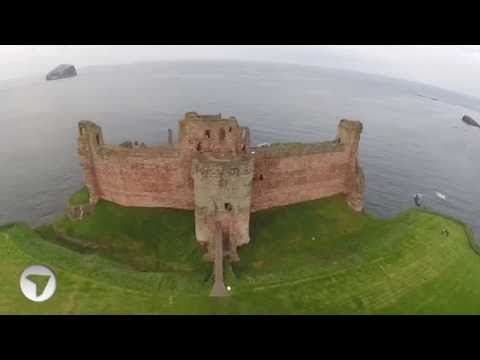